My hard drive has taken a nosedive, so unfortunately my home computer is down for repairs. I will be back online, hopefully this weekend. Sorry for the silence, I will resume my usual craziness and rantings born of sheer boredom then, and yes that is a threat, you poor, poor unsuspecting victims.

It had been years since I’d set foot in the town I grew up in, even though the town looked frozen in time as my truck drove up the only paved road passing through the mountains. Life here looked just as I remembered it as a young girl, as I soon turned up a long gravel road, that seemed more suitable to a goat path than traffic. I’d burnt my bridges with this town and everyone in it a long time ago. I swore I would never come back, and until the phone call had come three days ago, I had meant every word I said.

The house I grew up in was not much more than a rundown three room shack. Even in this modern age, until we entered school, my sister and I knew nothing of running water or indoor bathrooms. The bedrooms had no heat, the only warmth in the house the old-fashioned wood burning stove my mother cooked on every day, as had my grandmother and great-grandmother before her. Thick wooden storm shutters covered the windows in the winter, and spring through autumn the windows were always open. I would often awaken to the feeling of a few drops of cool rain being blown in by the wind, or a fly buzzing nozily at my ear.

My dad was gone long before I could begin to remember him, and my mom worked as a seamstress at a dress shop in the town at the bottom of the mountain. Five, and sometimes six days a week, she walked the road to and from work, come rain or shine. When she had the extra money for supplies, she would sew the occasional quilt, needlework pillow, or ragdoll to sell at the farmer’s market that was held in town every other weekend. The patchwork patterns of the quilts were often made from the remains of homemade clothes that my sister and I had outgrown. To this day, I remember those homemade clothes as a source of shame. My sister and I were teased, by the other children at school, whose families could afford store bought clothes. It took me until I was grown and on my own to realize that mom was just doing the best she could, with what little she really had to give us.

I took a deep breath as I parked the truck in front of the old shack, and stepped out, crossing the lawn onto the creaking wooden porch. The door opened with its old familiar groan as I stepped inside, stopping to fan away a few cobwebs that had gathered in the doorway. There wasn’t much left to cart away now, only a small boxfull of can goods, flour and beans in the cupboard, that could be left to give away to the poor at the local church, and a couple of mom’s old threadbare dresses that could go there with them. The rest would be left behind when the house would be put up for auction in a few weeks.

Not a whisper could be heard as I loaded up the boxes in the back of the truck, stopping to take one last look around. The weeds had grown taller than ever, house now nearly hidden under the vines that had all but taken over the porch rail, climbing it like a trellis. The windows were now stangely dark and empty as I closed the storm shutters before climbing back into the truck. I hadn’t expected to feel so sad about saying goodbye to this place. On the ride back down the road into town, more than once I had to fight back tears. Until I’d come back, this place had seemed more a dream than a memory, now it was all too real again. I didn’t begin to feel better until long after I had passed the county line, familiar landmarks fading behind me. You can always go home, but even if you wanted to, you can never go back. 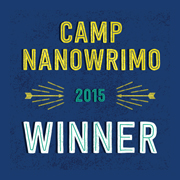